A Martial Artist Knows …. Reality is not graded on the curve! 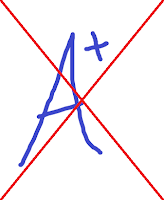 I remember in college the students who would spend all night partying and then bomb out on the exam the next morning. Having fun was their priority not getting the task at hand done.   When the professor handed out the grades these same individuals would ask if the exam/course would be graded on a curve.  I was always dismayed when the professor would cave and pleased when they stood their ground.  At that time I was a 2nd Degree Black Belt and understood there was no curve in the business world or on the streets – twenty plus years later experience has proven this to be true.

In the real world, failure has real consequences. The business you work for will see real losses when you do not perform your duties. In a real physical confrontation you are going to suffer real pain if you make mistakes.  In both the business world and a physical conflict there is no option for changing the results after the fact as is done in the academic world.

The academic world is providing short term satisfaction in allowing substandard performance to be counted as passing. In the long run however they are doing a great disservice to the students and society as a whole. The danger of grading on the curve is that the real results will ultimately trend downward as students learn over time that they can succeed (pass) while doing less work.

In the real world if you do not learn from your mistakes you will repeat them – this will cause financial loss or physical pain or both depending on the environment of operation. A person who has been taught that their substandard performance will be accepted as passing is unprepared for the real word of real consequences.

Simply stated  - martial arts helps a student learn to excel in the real world because it teaches them to accept real results.

Master Homschek
Posted by Master H at 11:00 AM